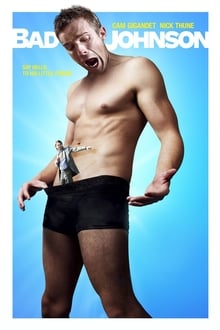 Women are practically throwing themselves at Rich and he can’t seem to control himself. But he continually blames his penis, which seems to have a mind of its own. After ruining yet another promising relationship with Jamie, Rich has finally had enough and wishes his penis would just leave him alone. The next morning, Rich wakes up to find his wish has come true and his johnson is no longer on his body. Even worse, Rich is shocked to discover that his penis has taken human form...